Ivy is a Dark Bowslinger.

Ivy emerged from her Imaginite Crystal with memories of being a talented ballet dancer. She didn't participate in any sort of competitions or was apart of a dance group, she enjoyed dancing on her own. But later, she got captured by a terrible witch during the great war for imaginite crystals for an army for horrible more authoritative beings. the witch turned her original form into a dark elven creature. But that backfired on the witch, whom Ivy instantly discovered her newfound dark powers, and used them against the witch. Once she emerged from her Imaginite Crystal, she discovered Skylanders Academy, but didn't think it was the place for her, so she fled in the middle of night, using her wings of darkness. She found a place to sleep, but was found in the morning by another Dark Imaginator. Ivy wanted to be left alone, but the Dark Imaginator insisted that she came back to the Academy, causing Ivy to loose control and attack the Imaginator. Ivy won, making the Dark Imaginator retreat into his crystal. She did the offer by returning him to the academy, but left shortly after. After fighting countless beasts from living alone, and still loosing control over her powers, she decided to return to the Academy to get help from other Senseis, but even they don't know what lies within her.

Ivy considers herself an uncontrollable beast that needs to isolate herself from everyone, but once getting to know her, she's generally sweet and sarcastic, and pretty dorky.

She's very caring about Lightbeam, a Light Quickshot Imaginator, and Marina, who is one of her training partners. Ivy isn't great with friendships, despite her relationship with Lightbeam and Marina. She can't handle them as well as she truly can, considering she thinks as herself as a monster. This is due to the fact she used to be quite bitter towards Lightbeam's friends from one of her past memories, which she hasn't told anyone why. Ivy disliked Marina for a little bit, since she told the Imaginator who set out to find her, to find her, which she was irritated about considering she wanted to be left alone, but after realizing no one knew that, she forgave her and they became fast friends, but there are some arguments here and there.

Despite her transformation that turned her the way she is now, she has a very strong willpower. Through sheer determination, she wanted to push herself away and isolate herself, deep inside to protect the Academy from her. She's, however, a bit stubborn. She's hesitant in accepting help, besides the fact she thought it was best for her to return to the Academy, for her own sake to control her abilities.

Currently, Ivy has grown to be less dour, and more confident with herself. She's beginning to be more comfortable with Lightbeam's friends, as well as Marina. She also appears to be more unaffected and laid back. Despite sometimes getting yelled at or anything relating to that, she's not exactly fazed. She's been more confident with her powers, the more she's practiced them.

Backpack Colors
Add a photo to this gallery 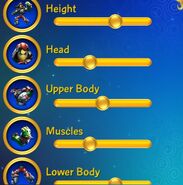 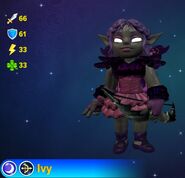 Ivy's Level 1 Stats. They continue to get stronger as she levels up. 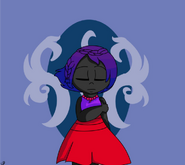 A drawing of Ivy done by Endaria2002 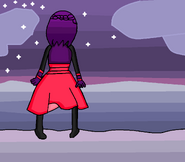 Another drawing of Ivy, this time drawn by the creator. 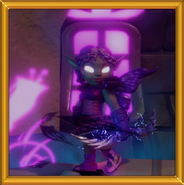 A selfie of Ivy. 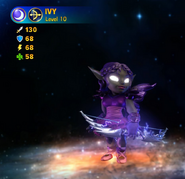 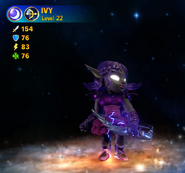 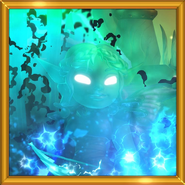 Another selfie of Ivy. 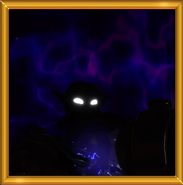 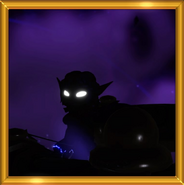 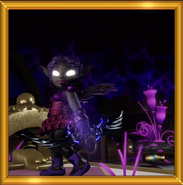 Add a photo to this gallery

Despite her Imaginator Abilities, she actually does not possess a bow at all times. She in fact can create multiple weapons such as:

These weapons are formed from Dark Mist, but still have the same durability as a normal weapon. For example, her whip can still be cut off by a sword, or electrocuted, burning it, making Ivy have a disadvantage.

It's very rarely that she would use these weapons, besides the whip which she uses to get a hold of her enemies. 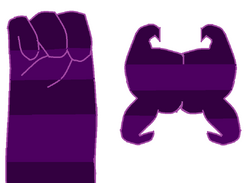 The structures she can create are some you would expect, such as a castle or something, which is how she kept herself safe while she was on her own. She can also create spikes created of darkness, as well as, a wave of darkness.

Ivy also has Flight. She is able to spawn wings made of darkness to fly.

Retrieved from "https://creation-crystal.fandom.com/wiki/Ivy?oldid=2161"
Community content is available under CC-BY-SA unless otherwise noted.